How I Learned to Accept All-In-One Superzooms

Have you ever had a boss who just seemed to have your number? Someone who knows you better than yourself? Well, I have three of them. These people even claim to love me so much that they wanted more of my attention during our vacation to Costa Rica. The mandate as received was, two lenses max, no long time outs for art photos, we’re not waiting for you and you are not falling behind.

Wow, I almost cried. And they really mean it.

I had to hustle and to define my shooting requirements quickly, as we were leaving in a few weeks. Costa Rica has lots of amazing birds, so I needed something with length. The country also has a lot of tropical plants and exotic insects, so a closeup lens would be nice. And I like wide angle shots when hiking in mountains and jungles. Something on the lighter side would be great too. One of the smaller planes had luggage weight restrictions that we took seriously. 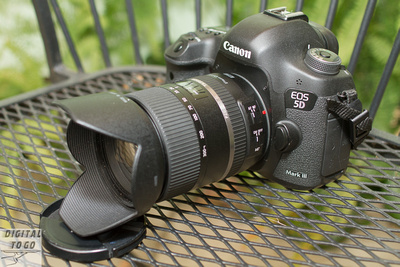 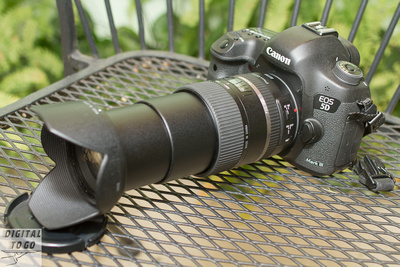 I pulled and reset numerous configurations of the lenses I owned, and nothing met the two lens rule. Anything that came close, like the Canon 100-400mm L was too heavy. 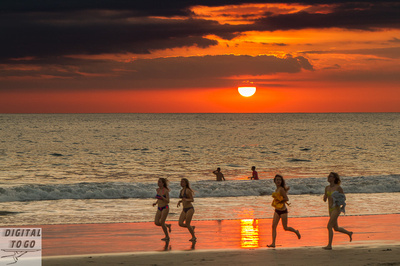 Acceptance is a healthy practice: with people, the universe, and even lens designs. So I began the acceptance process by checking out all-in-one superzoom lenses. I've always considered myself as a kind of mid-brow lens purchaser. Certainly not a high-end Zeiss buyer, but not a kit lens bottom feeder either. I try to balance fast high quality single focal length lenses with f2.8 zoom lenses. Unfortunately, fast zooms lenses imply something heavy and that was out of scope. I’m also generally brand agnostic, so third-party lens makers were game. 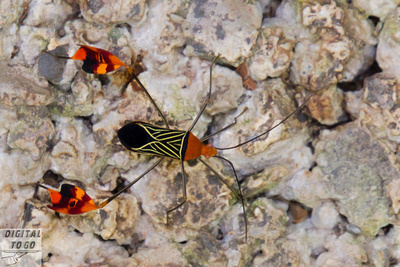 Being human, I admit to having some biases. One kind of lens I often dissed are those all-in-one mega zooms. They cover everything from 16mm to 300mm, and have variable apertures usually from f 4.5-f 6.3.  On paper it's a good idea, solving all your problems with one lens. Unfortunately, physics and optics get in the way. While these lenses capture things accurately at f8 on a sunny day, as shooting conditions deviate, the optical prowess falters. At the widest focal lengths, there is significant barrel distortion and often pincushion distortion towards 50mm. Plus vignetting at the widest settings, especially on a FF camera. When extended out to maximum focal length, all-in-ones aren't very sharp, especially in the corners. There's just too much intermediate glass getting in the way.

But I had marching orders. I was stuck.

So I broke all my lens buying rules and ordered a Tamron 28-300mm, f 3.6-f 6.3 from a Canadian grey market seller Amazon.  New retail pricing in the US was not inexpensive, but the grey market price was about 40% discounted. Heck with the warranty I say, I’m not gonna like this thing anyway and will be dealing it away three weeks later. I also picked up a used Canon 500D Closeup lens which I will write about in the future. So I was good with the boss, all of them.

About 4000 miles and 1500 shots later, I have some opinions about this lens. I still think it is optically mediocre, but I accept that. Miraculously, Lightroom corrections fix the distortion issues well enough, and the new Lightroom Transform functionality makes things even more accurate. Not only does the pig have lipstick, but it’s wearing shoes as well! 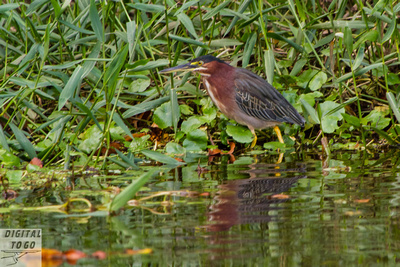 What I really like about the 28-300mm is that I can be much more spontaneous taking shots. No stopping the action to swap lenses. No stepping back or lurching forward. Just zoom in some more. And some more after that. On a crop-sensor 7D, that 300mm delivers a 450mm field-of-view.

The physical traits of this lens are perfect for travel. The Tamron weighs about 21 ounces or 1.3 pounds. It also compacts down rather reasonably on the camera at its widest angle. [photo of lens on 5D, extended too], so it can fit in a shoulder bag nicely.

And the Tamron did allow me to get decent shots. After all, this was a family vacation, no art pretenses allowed.

I’ve surprised myself by hanging onto the Tamron. Its role as my primary hiking lens was reprised during a camping weekend in the Olympic mountains. Again, the capability for spontaneity was such a strong point. I could take semi-candid shots of my family and even a few closeups of plants. 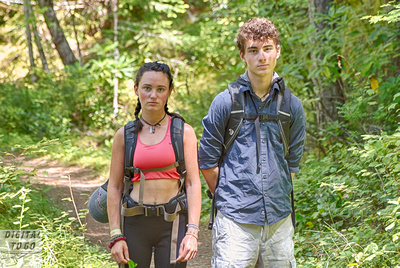 Shopping advice: before going out and buying just anything, I recommend you choose the latest superzoom models. Tamron has improved the Vibration Control (their name for image stabilization) and having an ultrasonic motor makes things much quieter and more precise. Generally, I avoid grey-market purchases, but as noted, the cost differences for this one was worthwhile for me. I’ve had no repair-related issues during the nine months of ownership. Also check out offerings from Sigma.